Service: A memorial service will be held at 7:00 p.m. Friday, March 22, 2013 at Anderson Funeral Home in Canton. Visitation with family present will begin one hour prior to the service. 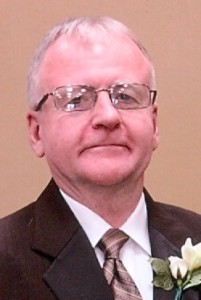 Canton- Steven Sanderson, age 63, passed away unexpectedly Monday, March 18, 2013.  Memorial services will begin at 7:00 p.m. Friday, March 22 at Anderson Funeral Home in Canton.  Visitation, with family present, will begin one hour prior to the service.

Steven Edward Sanderson was born July 5, 1949 to Donald and Mary Belle (Wolfe) Sanderson.  Steve graduated from Canton High School in 1968 and joined the Marines in 1969.  He served in the Vietnam War and was honorably discharged in 1972.  Steve was united in marriage to Jane Nelson in August of 1975.  The couple had two children, David and Jenna.

Steve spent most of his career in sales.  Steve particularly enjoyed woodworking and building things.  He was an active member of the Canton Historical Society.  Steve loved photography.  He had an eye for taking great pictures.

Steve was a good man.  He was a good father and grandfather.  He had a smile that would light up a room and a heart as big as Texas.  Steve was in a lot of pain the last couple years of his life but he will now be able to rest peacefully without the pain.

He was preceded in death by his parents, Donald and Mary Belle Sanderson; brother, Bob Sanderson; and sister-in-law, Mary Ann Sanderson.