Visitation: Visitation, with family present, will be Monday from 5-7 p.m. at Redeemer Free Lutheran Church. 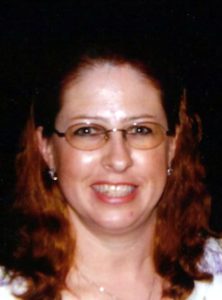 Marsha was born on June 2, 1964 in Canton, SD to Glenn Allen and Evelyn (McKenney) Homandberg.  She graduated from West Lyon High School in 1982.  She earned a Bachelor’s degree in Accounting from Nettleton.  She worked at a land title company, Sweetman Construction, and spent 29 years and 3 months in the finance department at the City of Sioux Falls.  She married Alan Kumlien on August 12, 2006.    She was a former Sioux Falls Business Woman of the Year and Secretary of the Year.  She was also a member and past treasurer of the Sioux Falls Genealogy Club.

Marsha loved genealogy, Elvis, Marilyn Monroe, going to movies and concerts, and spending time with her family.  She also taught Sunday School for many years.  She will be remembered for loving her family, being an organizer, her red hair and her always positive attitude.