Visitation: Visitation will be Wednesday from 2-8 p.m., family present from 6-8 p.m., at Anderson Funeral Home. 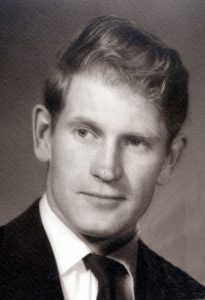 Lyle farmed south of Canton until 1973.  He then worked for Town & Country Trailer, the Soil Conservation District, and spent 16 years with the Lincoln County Highway Department as a heavy equipment operator.  He was a skilled equipment operator and built many terraces, stock dams and pits in the local area.