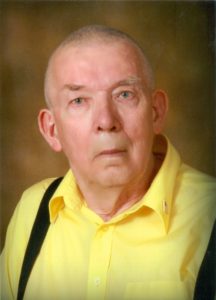 Lyle Loken, age 82, died Wednesday, February 10, 2021 at Ava’s House in Sioux Falls, SD.  Funeral services will begin at 3:00 p.m., Sunday, February 14, 2021 at Redeemer Free Lutheran Church, Canton, SD.  Visitation will be held one hour prior to the service.  Masks are required.   A link to a livestream of the service can be found at www.andersonandsonsfh.com

Lyle was born on July 5, 1938 in rural Fairview, SD to Melvin and Alma (Larsgaard) Loken.  He graduated from Augustana Academy in 1956.  He attended Augustana College, Lutheran Bible Institute, and DeVrey Tech for Radio Technology.   He married Joann Simonson on May 22, 1965 in New Richland, MN.  They spent several years as missionaries in Bolivia before returning to Canton, SD.  In addition to helping his father farm, Lyle worked in production at Behr for many years. The couple moved into Canton in 1997.

Lyle loved woodworking, spending time with his family, and mission work.  He also spoke spanish and was a Gideon.