Visitation: Visitation, with family present, will be Tuesday from 5-7 p.m. at Anderson Funeral Home in Canton.  Mask use is required.

Service: Funeral services will begin at 2:00 p.m. Wednesday, November 25 at Bethany Lutheran Church in Fairview, SD.  Mask use is required. 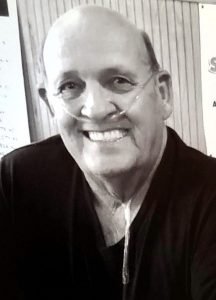 David Roti, age 82, died Friday, November 20, 2020 at his home surrounded by his loving family.  Funeral services will begin at 2:00 p.m. Wednesday, November 25 at Bethany Lutheran Church in Fairview, SD.  Visitation, with family present, will be Tuesday from 5-7 p.m. at Anderson Funeral Home in Canton.  Mask use is required.  A link to the livestream of the service can be found at www.andersonandsonsfh.com

David Myron Roti was born August 10th, 1938 to Myron and Minnie Mae Roti in Fairview, SD.  He grew up in Fairview, SD, attended Washington High School in Sioux Falls, SD. He was an avid speller, qualifying for a speling championship many times.  “That’s a funny.”

He married the love of his life Carol Steineke, on June 28th, 1958. The very first time that David meet Carol he told her that he was going to marry her!  David was right, together they had and raised five daughters.

After 20 years in the Army he retired in November 1975, after serving to two tours in Vietnam and obtaining several medals including 2 Bronze stars and an Air Medal.

They then moved to Fairview, SD where they lived in the house that David’s grandfather built in 1916.  They lived there till the time of his death.  He worked as a carpenter, a trade he learned from his father.  David was a master of building things as well as a master of telling others how to fix things.

He loved his family and enjoyed spending time with his loved ones. He loved it when all of his children, grandchildren and great-grandchildren would visit.  He totally enjoyed giving all of us a bad time equally, no one was left out.  He also loved to hunt, fish, play poker, play bean bags, and mow the town of Fairview with his brother, Jim.

He was preceded in death by his parents, sisters; Betty Sawina, Phyllis Donnaud, Jacqueline Wold, Judy Vortherms, and Susie Johnson, and brothers, Donald and James Roti.