Visitation: Visitation will be an hour prior to the service.

Service: Funeral services will be at 2:00 p.m. Thursday, June 1, 2017 at Anderson Funeral Home in Canton. Visitation will be an hour prior to the service. 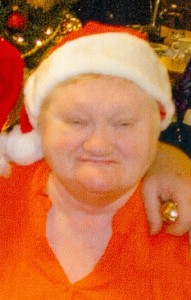 Viola was born October 11, 1941 in Beloit, IA to John and Josie (Barnes) Bottger.  Viola, along with her beloved sister, Ruth, spent their childhood in an institution in Glenwood, Iowa.  Viola would spend time with her parents in Beloit, where she helped her parents raise rabbits and she played with chickens.  If Viola didn’t agree with you, she had no problem letting you know.  She married Marvin Hartson August 10, 1962 in Luverne, MN.  They made their home in Sioux Falls and Canton.  Her husband died in 1987.  She was a former member of the Canton Gospel Center and continued her spiritual path by attending services at Canton Good Samaritan Society.  Viola loved singing, talking to anybody and everybody, to Viola there were never strangers, only friends.  She loved her television programs, movies, fried chicken and above all else her children.   She will be missed by her children and all who knew her.