Service: A graveside service will be held at 3:00 p.m. Saturday, October 24 at Canton Lutheran Cemetery. 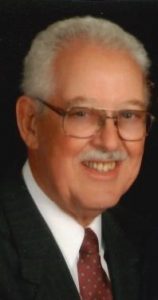 Verle Lee Olson, 79, Shawnee, Kansas passed away Wednesday, October 21, 2020 at his home. A graveside service will be held at 3:00 p.m. Saturday, October 24 at Canton Lutheran Cemetery.

He graduated in 1959 from Canton High School in Canton, South Dakota and served in the U.S. Navy.  He married Wanda Anderson on June 30, 1965 in the Little Brown Church in the Vale in Nashua, Iowa. He graduated from Western Iowa Tech in 1968 with an Associate of Science degree in Mechanical Engineering and Design and worked as a Designer for several companies.

Verle was a member of the Atonement Lutheran Church in Overland Park and was involved in the Johnson County Genealogy Society and the Sons of Union Veterans of the Civil War.  He enjoyed watching the St. Louis Cardinals and the Green Bay Packers and riding his Harley Davidson motorcycle while sightseeing the U.S. with his wife, Wanda.

Verle is preceded in death by his parents; a brother, Keith John Hansen and step-father, Howard Olson. Survivors include his wife of 55 years, Wanda Olson; a son, Keith (Maureen) Olson and two grandchildren, Drew Olson and Peyton Olson.