Visitation: Public visitation will be Friday from 3-6 pm at Anderson Funeral Home in Canton. 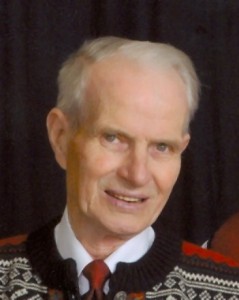 Torleiv was born on November 30, 1932 in a one-room log cabin in Skrautval, Valdres, Norway to Anton and Kristine (Homandberg) Kampen.  He attended eight years of grammar school in Norway.  In 1949, Torleiv came to America with his mother, sister Ragnhild, and brother Anton on the Stavangerfjord, leaving Erik and Berit in Norway in foster homes.  They settled in the Canton, SD area.

Torleiv served in the United Stated Army and National Guard from 1956 to 1964.  After spending some time in Korea, he came back to the states and became a United States citizen in 1959.  He worked as a hired man for Alvin & Darleen Homandberg and the Folkerts until 1961.

On September 15, 1961, Torleiv was united in marriage to Doris Peterson at Trinity Church.  Their first year of marriage was spent in Lawton, OK, where Torleiv served in the National Guard.  In 1962 they located on the Peterson farm, a part of the John Ingebrigtson homestead.

The Kampens had three children: Douglas, Charlene, and Rosalyn.  Torleiv enjoyed attending Norwegian functions and often demonstrated carding and spinning wool on the wheel his father made.  He served on the Trinity Church Council, Moe Parish Park Board, was a janitor of Trinity, and rang the church bell for many years.  He enjoyed making wind props, flying kites, and looking at his Norwegian books.

Grateful for having shared his life are his wife, Doris; son, Douglas of Canton; two daughters, Charlene and Rosalyn, both of Sioux Falls; two brothers, Erik Kampen of Skrautval, Norway and Anton (Albertha) Kampen of Canton; two sisters, Ragnhild Kampen and Berit (Ghazi) Dajani, all of Fagernes, Norway; along with numerous nephews and nieces.