Visitation: Visitation will be Thursday, June 24 from 5-7 p.m. at Anderson Funeral Home in Canton. 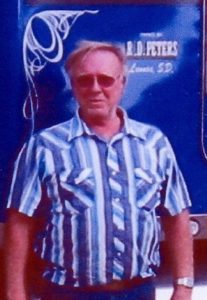 Tom was born on June 22, 1948 in Anoka, MN to Harold and Lucille (Hunt) Wellman.  He grew up in Anoka before serving in the U.S. Army.  He married Gloria Loger on October 25, 1969 in Coon Rapids, MN.  The couple made their home in Coon Rapids until moving to Canton, SD in 1978.  Tom drove truck for the majority of his life.  In recent years, he enjoyed helping the Van Den Tops’ during harvest.

Tom enjoyed hunting, snowmobiling, plowing snow, driving his ranger, riding his motorcycle, mowing, animals, especially cats and dogs, and going out to eat at sit down restaurants.  Tom never missed coffee with the guys and became a decent cook in his later years after learning from the food channel.  He will be remembered as a generous man who loved spending time with his family, especially his grandchildren.