Visitation: Visitation, without family, will be Thursday, November 5 from 5-7 p.m. at Anderson Funeral Home in Canton. 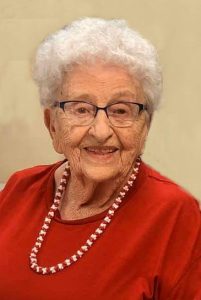 Tina was born on April 22, 1929 in The Hague, Holland; she was the only child of Peter and Margaret (Vander Pol) Wels. She grew up in the Utrecht area during World War II. During her school years she was very athletic and competed in gymnastics, water polo, soccer, and ballroom dancing. After Tina finished school, she became a switch board operator. She then moved with her parents to Driebergen where they started and ran a family restaurant called Klein-Zwitserland. Tina was working as a server at the restaurant with her daughter, Ingrid, when she met her future husband, Jim Harmon, who was stationed overseas with the United States Air Force. He convinced her to go out on a date by first asking Ingrid if she would like to go to the zoo and he then suggested her mom should come along too. They were married in a Dutch courthouse on March 2, 1962. Shortly after 2 more children were born, Linda and William.

After Jim’s station in Holland was up, they travelled with their 3 children back to the states. They moved throughout the US several times until Jim retired from the military and they made their permanent home back in Canton. Tina worked as a produce manager at the Canton Food Center for many years. After retirement she stayed busy watching her grandchildren, working at Pizza Ranch and volunteering at the Sanford thrift store with her husband. Jim and Tina enjoyed camping, boating, fishing, and regular trips to Las Vegas. Tina was known for her baking, dutch accent and constant smile. She also loved bingo, books, puzzles, cards, shuffleboard, bowling, and tea/coffee time with her family and friends.