Visitation: Visitation will be Friday from 4-7 p.m., with family present from 5-7 p.m., at Anderson Funeral Home in Canton. 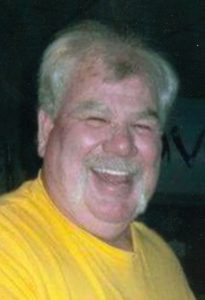 Terry Short, age 63, died Wednesday, July 24, 2019 under hospice care at his home.  Funeral services will begin at 10:30 a.m. Saturday, July 27 at Canton United Methodist Church.  Visitation will be Friday from 4-7 p.m., with family present from 5-7 p.m., at Anderson Funeral Home in Canton.

Terry LeRoy Short, the son of LeRoy & LaVonne (Weeg) Short, was born on September 7, 1955 in Canton, SD.  He attended Banner Country School until 8th grade and graduated from Canton High School.  Terry was united in marriage to Lynn Arnston on July 5, 1988.

Terry worked in construction and then for Huntting Elevator in Canton for many years.  In 1994 he began farming.  In addition, he hauled grain for CHS in his off time.  Terry’s favorite times were tractor pulling with his daughter, Maggie.  They spent many weekends at tractor pull events with his 966- “Midnite Rider”.  He also loved riding his Harley with many friends.