Visitation: Visitation, with family present, will be Friday, August 21 from 6-8 p.m. at Heritage Funeral Home in Sioux Falls, SD. 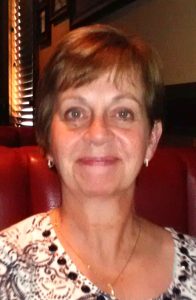 Susan Raylene Zastrow, age 64, died unexpectedly, Friday, August 14, 2020 at her home in Canton, SD.  Visitation, with family present, will be Friday, August 21 from 6-8 p.m. at Heritage Funeral Home in Sioux Falls, SD. A memorial service will be held at 11:00 a.m. Friday, September 11 at Bethesda Worship Center, Sheridan, WY with a luncheon afterwards.  In lieu of flowers, memorial may be directed to the charity of your choice.

Susan was born on February 5, 1956 in Sheridan, WY to Ray and Marjorie (Graham) Marty.  She grew up in Sheridan, graduating from Sheridan High School in 1974.  She met her future husband, Lonnie Zastrow, while visiting her brother on vacation in Hawaii.  They were married on October 19, 1974 in Sheridan, WY.  Four children were born to this union.  The couple lived in numerous places following Lonnie’s military career.  They have lived in Canton, SD since 2017.

Susan was a people person and the life of the party.  She made friends easily and loved spending time with people, especially her family, who she would do anything for.  She loved to travel and made numerous trips back to WY to visit family.  She especially enjoyed spending time and going on vacations with her traveling partners, Gayle and Candy.  Susan never missed an auction or rummage and also loved to buy houses and cars.   She will be remembered for her unique purchases that often ended up as gifts to her children.  In addition to raising her family, Susan worked at variety of jobs but cherished her time spent as a retirement home activity director.  She most recently worked as a receptionist at Fine Designs.  She was a member of the Optimist Club in Sioux Falls, SD.