Visitation: Visitation with family present will be Thursday from 5:30 to 8 p.m. at Canton Lutheran Church 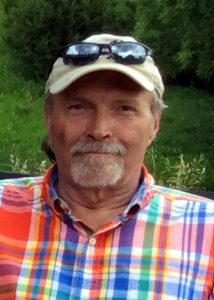 Steven Jon Frislie, 66, of Harrisburg, SD, rode into Heaven on Monday, October 29th, 2018, at Sanford’s Ava’s House, Sioux Falls, SD surrounded by his wife and family. Steve was born on April 26, 1952, Canton-Inwood Hospital, to John and Beverly (Brurud) Frislie. He attended Canton Public Schools and graduated from Augustana Academy in 1970. Following graduation, he attended Dakota State University for a time and then worked at Town and Country Mobile Homes. After driving truck for Tri-State Ready Mix, he started Frislie Construction, working with concrete and building homes. He took pride in his work and reminded his family every time they drove by a job site.  On February 18, 1995 he married Paulette Oppold, becoming an instant father to Paulette’s 3 children.  Steve and Paulette have lived their entire married life in the earth home Steve built by Lake Alvin. Being a big kid himself, he enjoyed children especially his grandchildren, who were he and Paulette’s pride and joy.  His nieces and nephews will always remember the gift of a lifesavers book with money/McDonald’s gift cards for Christmas! If visiting with people is a hobby, it was Steve’s. His ‘gasless’ station in Canton was where people got caught up on the local news and was a favorite hangout.  He was member of the Silver Star Lodge #4, he helped establish the Sioux River Folk Festival, and enjoyed photography.  He loved riding his motorcycle and trips to Mick and Sonja’s cabin in the Black Hills. Often, he could be found stopping by his mom and dad’s for lunch.