Service: His funeral will be at 2:00 p.m. Tuesday, September 29, at Lands Lutheran Church, rural Hudson.

Sioux Falls. Scott Ulrikson, died Saturday, September 26, 2015 in Sioux Falls after a very brief battle with cancer at the age of 60. His funeral will be at 2:00 p.m. Tuesday, September 29, at Lands Lutheran Church, rural Hudson. 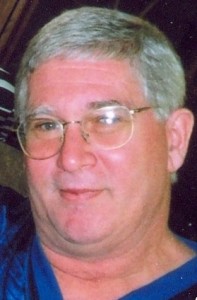 Scott was born on April 30, 1955 to Herb and Grace (Anderson) Ulrikson. Scott graduated from Canton High School in 1973.

Scott had a deep love for sports, especially his “Colts” and “Orioles”. He worked at John Morrells for 18 years and for the city of Sioux Falls for the past few years. He also spent many hours cooking at the Legion in Sioux Falls.