Visitation: Visitation, with family present, will be Tuesday, August 4 from 5-7 p.m., at Anderson Funeral Home in Canton. 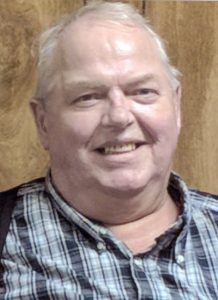 Roy was born on June 23, 1948 to Harry and Gladys (Edman) Vander Waerdt in Canton, SD.  He attended school in Canton, SD.  He served in the U.S. Army during the Vietnam War as a crew chief on a medevac helicopter. He married Betty Geveshausen on October 7, 1967 in Beresford, SD.  The couple lived in Sioux Falls before moving to Worthing, SD in 1974, where he resided until his death.

Roy spent 40 years working in the feed plant at Golden Sun Feeds.  He was an avid gun collector and enjoyed shooting with friends.

Roy’s family would like to extend their heartfelt thanks to the VA and Compassionate Care Hospice for the loving care given to Roy.