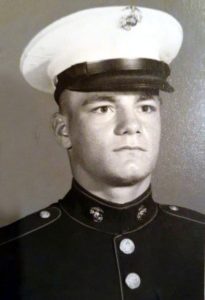 Ronald was born on August 10, 1951 in Canton, SD to Howard B. and Madonna (Hoffey) Mullinix.   Ronald served his country in the U.S. Marine Corps.  Ronald was a jack of all trades and work a variety of jobs throughout his life.  He was a talented artist and great craftsman.  He also loved his dogs.

He is survived by his daughters, Kerri (Scott) Keogh and Kelli (Lon) Levenhagen; brothers, Robin Mullinix (Rhonda Vosberg) and Michael (Valerie) Mullinix; grandchildren, Kaylee, Griffin and Landon; along with numerous extended family and friends.  He was preceded in death by his parents, sisters, Marilee Mullinix, Gayle Mullinix, and Marsha Ingebretson.  www.andersonandsonsfh.com