Visitation: Visitation with family present will be Friday from 7:00 to 9:00 p.m. at Anderson Funeral Home in Canton.

Service: His memorial service will be at 2:00 p.m. Saturday, July 30, at Faith Baptist Fellowship. Interment services will be at 10:00 a.m. Saturday morning at Mt. Pleasant Cemetery in Sioux Falls. 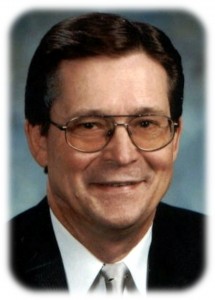 Roger W. Swanson, age 71, passed away at his home near Canton to be with his precious Lord and Savior Thursday, July 28, 2011.  His memorial service will be at 2:00 p.m. Saturday, July 30, at Faith Baptist Fellowship in Sioux Falls at 57th and Minnesota Ave.  Interment services will be at 10:00 a.m. Saturday morning at Mt. Pleasant Cemetery in Sioux Falls.  Visitation with family present will be Friday from 7:00 to 9:00 p.m. at Anderson Funeral Home in Canton.
Roger W. Swanson was born August 31, 1939 in Sioux Falls, SD to Albin and Linnea (Johnson) Swanson of Canton.  He attended Dayton #3 Country School and Canton High School, graduating in 1957.  He then attended North Central Bible College in Minneapolis and Sioux Falls College, graduating with a B. A. degree in 1963.  Roger taught in Sioux Falls for four years and sold life and health insurance for Washington National Life Insurance for a number of years, before obtaining his real estate license in 1972.  He sold real estate for several local firms for the past 39 years.  They  include: Rathje Realty, Gray Realty, Century 21 Ben Lammers, Century 21 GKR-Lammers, Coldwell Banker Dunham, Coldwell Banker GKR, and Coldwell Banker Select in Sioux Falls.  He also owned his own firm, Swanson Company, Realtors.  He was currently working with the real estate company in Sioux Falls.  Roger was an active member of First Assembly of God and faithfully attended Faith Baptist Fellowship.   He wrote a book called “How to Keep Your Faith When Losing Everything Else,” which emphasized the importance that the Word of God and the music of God played in his life.
Roger married Roselyn Nelson on September 2, 1967.
He married Joyce Rowe on April 11, 1998.  They made their home on part of the Swanson Homestead north of Canton.
Grateful for having shared his life are: his wife, Joyce; daughters- Melissa (Bruce) Spurling, Austin, AR, Monique’ (Mathew) Carpenter, Conway, AR, and Gretchen (Matthew) Fjerkenstad, Sioux Falls; son, Joshua (Tatyana) Swanson, Anchorage, AK; 5 grandchildren; and two brothers, A. J. (Sally) Swanson and Ronnie (Phyllis) Swanson all of Canton.  He was preceded in death by his son, Matthew, and his parents, Albin and Linnea.