Visitation: Visitation with the family present will be Tuesday from 4-8 p.m. at Bethany Reformed Church. A time of sharing will begin at 7:00 p.m.

Rev. Wesley Harold Iverson, 92, went home to be with his Lord on Friday, Oct. 3, 2014 at the Canton Good Samaritan Center.  Services will begin at 10:00 a.m. Wednesday, Oct. 8 at Bethany Reformed Church, Canton, SD with Pastor Bill Sites officiating.    Visitation with the family present will be Tuesday from 4-8 p.m. at Bethany Reformed Church.  A time of sharing will begin at 7:00 p.m.
Wesley Harold Iverson was born on Nov. 29, 1921, to Martin and Anna (Peterson) Iverson at Raymond, SD.  He was united in marriage to Eileen Lillian Hofer on January 3, 1944, in Huron, SD. They celebrated their 70th anniversary this year. He served in the Navy from 1942 to 1945, stationed in Bermuda, as chief machinist first mate.  He was a lifetime member of the American Legion and Veteran of Foreign Wars.  He was honorably discharged and came back to farm in Alexandria, SD.   He went to agricultural school for three years until The Lord called him to be a minister while he was riding his tractor in 1952. 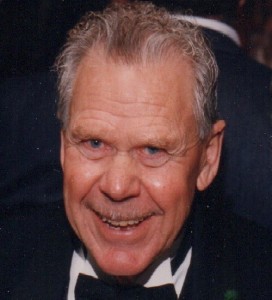 He attended Christian Workers Institute Bible School in Sioux Falls from 1953 to 1956.  He began his calling in Canton, SD, served Plainview, NE from 1960-1963, and returned to serve at the Canton Gospel Center for over 50 years.  He had “Chapel Hour” on KSOO for 30 years on Sunday morning at 8:00 AM.  In addition, he had jail, street, State Park and nursing home services for many years.  He was ordained as an Assemblies of God minister with the South Dakota District.