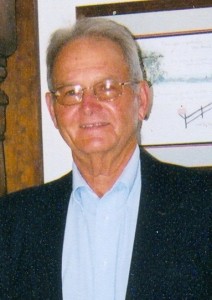 Reavis Rayborn Heiskell, Sr. was born October 2, 1933 at Okemah, OK to Troy and Vona Belle (Burford) Heiskell.  At age 11, he moved with his family to Canton where he continued his education, graduating in 1951.  He attended SDSU and worked in the oil fields before being drafted into the service in 1954.  He was accepted into flight school in the Air Force, beginning a 20 year career in aviation.      He served in Korea and Tripoli, North Africa, including several locations in the U.S.  Following his retirement from the Air Force as a Major in 1974, he returned to Canton with his family.  He worked in car sales at Jim Deinema Ford and was a rural mail carrier for almost 18 years.  Following his retirement in 1998, he and Helen enjoyed traveling in their motor homes.

Reavis continued his lifelong love of aviation by owning several planes and even rebuilt his second plane.  His grandchildren loved flying with him and many youth in Canton had their first plane ride with Reavis.  He always had time for his grandchildren, which is shown by their love and respect for him.  Besides flying and traveling, Reavis enjoyed fishing trips and hunting.

Reavis was very active in the community, serving on the city commission for 10 years.  He also was an active member of the VFW and Forest Hill Cemetery Association.  He was an avid C-Hawk fan and a member of the football chain gang, which gave a close-up view watching his grandsons play.