Visitation: Visitation will be Thursday from 2-7 p.m., family present from 5-7 p.m., at Anderson Funeral Home in Canton. 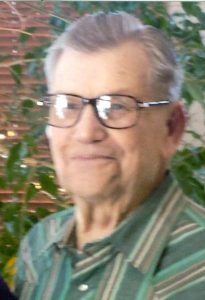 Quintin Sorenson, age 96, passed away on Sunday, November 8, 2020 surrounded by his family at his home.  Funeral services will begin at 1:00 p.m. Friday, November 13 at Redeemer Free Lutheran Church in Canton, SD.  Visitation will be Thursday from 2-7 p.m., family present from 5-7 p.m., at Anderson Funeral Home in Canton.  Memorials may be directed to the charity of your choice.  A link to the livestream of his service can be found at www.andersonandsonsfh.com

Quintin was the youngest of 5 children born to Martin and Clara (Anderson) Sorenson on August 19, 1924 on the family farm near Inwood, IA.  Quintin was baptized and confirmed at Our Savior’s Lutheran Church.  He attended Centennial Twp. #6 before serving his country in the US Navy.  He married Lucille Hartmann on March 15, 1947 in Sioux Falls, SD.  The couple lived in various communities in Iowa, South Dakota and Minnesota before buying a farm north of Canton, SD in 1968.  Quintin farmed until retiring and moving to Canton in 2004.  The couple moved to Washington Crossing in Sioux Falls, SD in 2015.

Quintin was passionate about farming and participated in the American Ag Movement Tractorcade to Washington, DC.  He enjoyed playing blackjack, traveling in his motorhome, and spending time with his family.  He was a member of the Canton American Legion and VFW, was a past commander of the Canton VFW, and served on the Honor Guard.  He will also be remembered for his great sense of humor.