Service: No visitation or funeral is planned. Rather, a celebration picnic and graveside committal service will be held in the summer once gnat season has concluded. 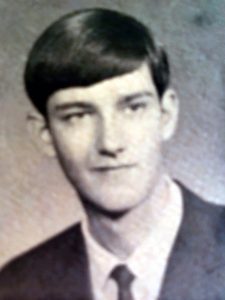 Following graduation from Springfield in 1971, Philip and a friend embarked on a multi-month motorcycle journey to western states.  After working in California and Washington state, he returned to the farm of his family in 1974, working with his father for over two decades.  Sometime during the 90’s, they both determined they were over the fun of feeding cattle and getting too old for the excitement and retired.  Philip continued living on the farm, caring for his parents in their later years until their deaths in 2009 and 2010.  Following an accident in 2015 and resulting hospitalization, he moved to the Hudson Care and Rehabilitation Center in Hudson, South Dakota.  After three months of rehabilitation while receiving three professionally prepared meals and four snacks daily and more attention from women than he had previously experienced in decades, he decided to stay in Hudson.  He moved to Bethesda of Beresford in October of 2019 and remained there until his death due to advancing stages of Parkinson’s.

A confirmed bachelor, Philip was preceded in death by his parents Harvey and Frances.  He is survived by two brothers, David and his wife Connie of Chambersburg, Pennsylvania and Paul (Svendell) and his wife Phyllis of Tacoma, Washington. He is also survived by nieces Maren, Brandi, Lucy and Judy and nephew Dan.

No visitation or funeral is planned.  Rather, a celebration picnic and graveside committal service will be held in the summer once gnat season has concluded.

A book highlighting Philip’s life is being written.  It is entitled: Phil: 69 Stories of the Unremarked Life of a Remarkable Man.  It is being published by D Sogn Publishing, Norway Center, South Dakota, due to be released later this year.  Anyone wishing to submit stories about Philip may do so at dtwv@hotmail.com.

Philip’s brothers wish to express their profound thanks to the staff of the Hudson Care and Rehabilitation Center, Bethesda of Beresford and AseraCare Hospice of Sioux Falls for the compassionate care they extended to Philip while in their care.  They also wish to thank their cousin Ward Twedt and his faithful dog Ohlin for the love, support and assistance they extended to Philip while living on the farm and in the nursing home.

In lieu of flowers, hot dishes and such, contributions may be made to the Sioux Falls Area Humane Society 3720 E Benson Rd, Sioux Falls, SD 57104.