Visitation: Visitation will be Friday from 2-9 p.m., with family present 7-9 p.m., at Anderson Funeral Home in Canton. 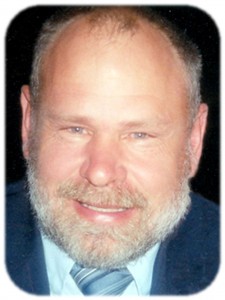 Paul Ray Sletten, age 58, died Tuesday, January 10, 2012 as the result of a hunting accident.  Memorial services will begin at 11 a.m. Saturday, Jan.  14 at Bethany Reformed Church in Canton, SD.  Visitation will be Friday from 2-9 p.m., with family present 7-9 p.m., at Anderson Funeral Home in Canton.
Paul was born October 15, 1953 in Sioux Falls, SD, to Wanda Schunneman and later adopted by Samuel Sletten.  He attended country school and graduated from Canton High School in 1971, where he enjoyed playing football for the C-Hawks.   He attended college for a year at Springfield, SD.
Paul married Gail Lukes August 25, 1973 in Sioux Falls.  They made their home on a farm in rural Beresford, where they raised two sons.  Paul loved farming and played as hard as he worked.  After working all day, he still had time to play with his boys.  Gail felt like she raised three kids.  He loved hunting, fishing, and building street rods.  He built one of his street rods from start to finish in three months.  He and Gail participated in rod runs all over the country.   Paul was a past president and former member of the Siouxland Street Rodders and a member of Three Rivers Gun Club.
When Paul’s physical health began to fail in 2000, he became limited in his ability to farm, but that never stopped him from loving to hunt.  He enjoyed playing internet poker and made many friends all over the country participating in hunting forums on the web.  He enjoyed spending time with his family, especially his grandchildren.
Grateful for having shared his life are: his wife of 38 years, Gail; sons- Nick and his wife, Halie, Beresford, SD and Adam and his wife, Kelly, Canton, SD; four grandchildren- Jurnie, Jerrica, Kaidyn, and Ava; father, Sam and his wife, Lavonne, Lennox, SD; sisters- Pauline (Neal) Albers, Garretson and Connie Dickinson, Slidell, LA; brother-in-law, Greg (Kathy) Lukes, Sioux Falls, SD; sister-in-law, Sandie (Larry) Wibeto, Mesa, AZ; nieces and nephews- Toby, Casey, Lory, Lonny, Craig, Stacy, Lisa, Donny, Katie, and Cory; and many other extended family members.

Paul’s family requests that you please wear camouflage to the memorial service to honor Paul’s love of hunting.