Service: Private services will be held for the family on Saturday, November 5th in Canton SD. 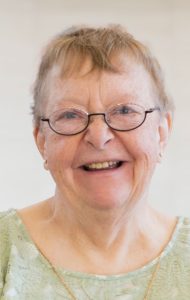 Pamela Jo Delvo, 71, went to be with her Lord and Savior on Friday, October 21, 2022 at Sanford Hospital in Sioux Falls after a brief illness.

Private services will be held for the family on Saturday, November 5th in Canton, South Dakota.

Pamela Jo Delvo was born on September 11, 1951 in New Rockford, North Dakota.  She was the second of five children born to Leonard and Mavis Delvo.  She graduated from Canton High School in 1970 and attended Dakota Wesleyan University in Mitchell, South Dakota.

Pam knew no stranger, and had a gift of making people around her laugh and feel better about life.  She was just fun!

Pam loved her cat, Cinna, watching the Hallmark Channel, and working on 1000+ piece Jigsaw puzzles.  Chuck Norris drove her wild!  He now has a mega fan watching from heaven.

Pam was also a daughter of a Gunderson Girl.  She is survived by Iva Johnson and Ruth (Allen) Veum and their families.  And the extended Delvo family..

Her family will miss her unconditional love, her joy, and her kindness.

33 messages have been left