Visitation: Visitation, with family present, will be Thursday from 5-7 p.m. at St. Dominic Catholic Church. A prayer service will be held at 7 p.m. 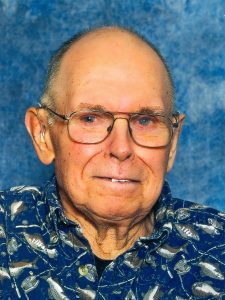 Norris Ekle, age 82, died Monday, July 22, 2019 surrounded by family at Bethesda of Beresford.  Mass of Christian Burial will begin at 10:00 a.m., Friday, July 26 at St. Dominic Catholic Church, Canton, SD.  Visitation, with family present, will be Thursday from 5-7 p.m. at St. Dominic Catholic Church.  A prayer service will be held at 7 p.m.  In lieu of flowers, memorials may be directed to the Canton Fire Dept. or the Granite Threshermen Association.

Norris Ordell Ekle was born on September 1, 1936 in Sioux Falls, SD to Selmer and Selma (Berg) Ekle.  He grew up in Canton, graduating from Canton High School in 1955.  He married Linda Oakland on June 26, 1965 in Canton, SD.  Norris began his career driving for Souvignier Trucking.  He then farmed for 5 years, worked for the Soil District and Wayne Mitchell and was a school bus driver and manager/mechanic for CEPT in Canton, SD.  After retirement, he drove part-time for ABC School Bus.

He was a lifetime member of the Granite Threshermen Association, a charter member of the Siouxland 2-Cylinder Club, and a 19-year member and former chief of the Canton Volunteer Fire Department.    He loved to tell stories as you were walking out the door and spent countless hours repairing tractors and listening and singing along to country music.  He cherished time with his family, especially his grandchildren and great-grandchildren.  In his younger years, he enjoyed camping and going on the annual Oakland family fishing trip.