Service: A graveside service will begin at 2:00 p.m. Friday, September 9, 2022 at the SD Veterans Cemetery in Sioux Falls, SD followed by a reception at Hiawatha Golf Course, Canton, SD. 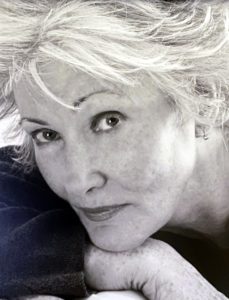 Nancy Lohrenz, age 79, died Monday, July 11, 2022 surrounded by her family at Dougherty Hospice House in Sioux Falls, SD.  A graveside service will begin at 2:00 p.m. Friday, September 9, 2022 at the SD Veterans Cemetery in Sioux Falls, SD followed by a reception at Hiawatha Golf Course, Canton, SD.   In lieu of flowers, Nancy’s wish was for memorials to be directed to St. Jude’s Children’s Research Hospital.

Nancy Elizabeth was born on August 5, 1942 in Sioux Falls, SD to John Millard and Grace Elizabeth (McKisick) Gibson.  She graduated from Mason City High School in 1960 and later earned a Master’s Degree in Education from Mankato State.  Nancy was blessed with a daughter, Sarah,  from her marriage to William Gunther, who she later divorced.  While working at Osborn Labs, Nancy met a good-looking salesman named James Lohrenz.  They were married on May 12, 1975 in Sioux Falls, SD, adding Jim’s children Jeff and Barb to the family.

The couple made their home in Canton, SD before moving to Sioux Falls four years ago. In addition to raising her children, Nancy helped raise Canton’s children as a long-time secretary in the Canton School District.  Through the years, Nancy made a positive impact on countless children’s lives.

Nancy loved the opera and was a season ticket holder to both the MN and Omaha operas.  She and Ann Tryon would often attend the evening showing of the MN opera before racing down the next morning to attend the matinee showing of the Omaha opera.    She also enjoyed antiquing, decorating, and traveling with her family.  She was a member of the Teachers Union and after retiring, enjoyed outings with Canton’s retired teachers’ group.

Grateful for sharing her life are her husband of 47 years, Jim; children, Sarah Gunther, Barb (Tom) Loring, and Jeff Lohrenz; grandchildren, Ashley, Jason and Jessica; 9 great-grandchildren; brother-in-law, Albert Payne; along with numerous extended family and friends.  She was preceded in death by her parents; sister, Judy Payne, and granddaughter, Jennifer Loring.