Visitation: Visitation, with family present, will be Wednesday from 5-7 p.m. at Anderson Funeral Home in Canton, SD. 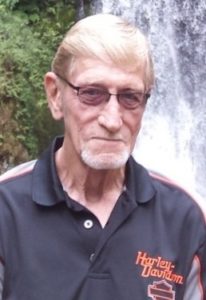 Merlynn Johnson, age 78, died Sunday, October 3, 2021 at his home surrounded by his family.  Funeral services will begin at 10:30 a.m. Thursday, October 7 at Canton Lutheran Church.  Visitation, with family present, will be Wednesday from 5-7 p.m. at Anderson Funeral Home in Canton, SD.

Merlynn enjoyed the open road and spent many years trucking and exploring the country on his motorcycle.  He also owned Soderstrom Machine and Johnson Construction in Canton.  He retired from Windwalker Transportation in 2018.

Merlynn was a man of his word who treasured spending time with his family.  He was very proud of his children and grandchildren.  He was a perfectionist who enjoyed working in his shop and took pride in his work.  He was also a Shriner and liked walking his dog, Toby.

Merlynn is survived by his wife of 34 years, Gloria; sons, Todd Johnson and Dan (Christine) Johnson; daughters, Sherry Naranjo, Melissa (Steve) Klingbile, and Robin Salen; 15 grandchildren; 15 great-grandchildren; sister, Mardell Ebsen; dog, Toby; and many extended relatives and friends.    He was preceded in death by his parents and daughter, Corina Mullinix.