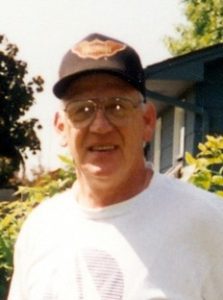 Melvin was born on February 3, 1934 in Edam, Saskatchewan Canada to John and Bertha (Bick) Franka.  He moved with his family to Garretson, SD in 1938.  He graduated from Garretson High School in 1952.  He later earned an English Degree from Springfield College.  He served his country in the Navy Reserves from 1952-1954 and the US Army from 1954 until his honorable discharge in 1956.  He married Patricia Williams on April 4, 1967.

Through the years, Melvin worked as a truck driver, in construction, as a handyman, a cabinet builder, and most recently as a courtesy driver for Luxury Auto Mall.  Melvin enjoyed reading, lawn care, woodworking, watching the History channel, shopping on Amazon, and spending time with his family.