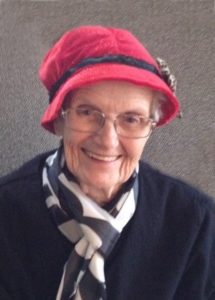 Mary was born on October 1, 1928 in Sioux City, IA to Thomas and Dorothy (Knudson) McBride.  She attended Floyd Grade School and graduated from Central High School both in Sioux City, IA.  She earned a degree in Social Work from the University of South Dakota in 1951.  She married Earl Dean on November 22, 1951 in Sioux City, IA.

In addition to raising her family, Mary worked as a social worker for the Good Samaritan Society, at McCord’s and spent 23 years as a teacher’s aide and volunteer for the Canton School District.  Mary was a strong, positive woman who loved children, taking care of her family, playing bridge, the color red, and wearing a nice hat.  She was member of the Eastern Star and was an active member of Canton United Methodist Church.

46 messages have been left