Service: His funeral service will be at 10:30 a.m. Tuesday, October 18, at Canton Lutheran Church.

Marly was born February 3, 1927 at Davis, SD, to Alfred and Emelia (Erickson) Anderson.  Following his graduation from Centerville High School in 1945, he entered the US Army and served in the Philippines.  He was honorably discharged in 1946 and returned to the family farm.  He was later called back to service during the Korean Conflict, where he served at Ft. Knox and Breckenridge, KY from 1952 to 1954.  Following his discharge, he moved to Canton where he worked as a bartender at the Canton Municipal Store until 1957.  He began hauling milk for Newton Hills Dairy in 1957. 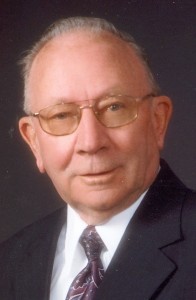