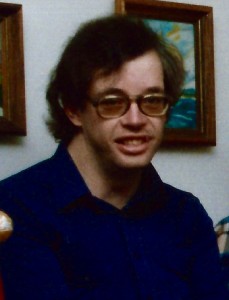 Mark Daniel Behring was born on March 16, 1955 in Butte, Montana to Daniel and Bonnie Behring and baptized at Gold Hill Lutheran Church in Butte.  The family moved to Canton,SD in 1958 where Mark attended Canton Public Schools and was confirmed at Canton Lutheran Church.  He moved to Nebraska in 1975 and was a resident in Kenesaw, Nebraska until his death on October 28, 2017.  He is survived by his mother Bonnie Behring, brothers John and Dale and sisters Tabitha Sehr and Karen Vickers.  A memorial service will be held at Canton Lutheran Church at Sunday Nov. 5th at 2:00 pm.