Visitation: Her visitation with family present, will be from 6 to 8:00 p.m. Tuesday at Anderson Funeral Home in Canton.

Service: Her memorial service will be at 11 a.m. Wednesday, Dec. 3, at Canton Lutheran Church. 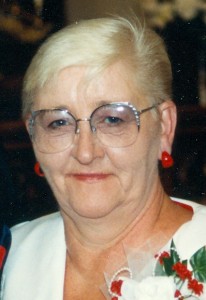 Canton-  Marie Beitzel, 78, passed away Thursday, Nov. 27, 2014 at Sanford USD Medical Center in Sioux Falls.  Her visitation with family present, will be from 6 to 8:00 p.m. Tuesday at Anderson Funeral Home in Canton.  Her memorial service will be at 11 a.m. Wednesday, Dec. 3, at Canton Lutheran Church.

Oldena Marie Bernhofson was born July 15, 1936 in Canton, the daughter of Jorund and Tilda (Larson) Bernhofson.  She grew up on the family farm north of Canton.  She attended country school.  Following her father’s death on March 6, 1949, Tilda and Marie moved to Canton.  Marie graduated from Canton High School in 1954.

Marie attended the University of South Dakota.  There she met Robert Beitzel.  They were married at Canton Lutheran Church on August 12, 1956.  Robert worked for the U.S. Forest Service which brought them to several locations including, Custer, SD, Durango, CO, Lincoln, NE, and Sheridan, WY.  They also lived in Ogdensburg, WI, where Bob worked for the family business, Beitzel Mill, for a short time.  They had three children: Tena, Richard, and Lisa.

Robert passed away on Jan. 10, 1966.  Marie and the kids moved back to her new home, Canton, where she spent the rest of her life.  She lived at Hudson Health Care and Rehab the past month due to failing health.

Marie was baptized, confirmed at and was a member of Canton Lutheran Church.  She was dedicated to community service.  She was a 75 year member of the V.F.W. Auxiliary, a past city commissioner, and helped when Canton Transit Program began.  She also enjoyed gardening.

Marie loved spending time with her family, especially her grandchildren- Zach, Chase, and Emily.  She lovingly donated her bone marrow to her daughter, Tena, who needed a transplant due to leukemia.

She is survived by her children, Tena (Dwain) Gibson of Ipswich, Richard (Teresa) Beitzel of Canton, and Lisa Beitzel of Sioux Falls; grandchildren- Zach, Chase, and Emily Beitzel; brother-in-law, Richard (Josie) Beitzel of Bemidji, MN; and a life-long friend, neighbor, and classmate, Ila Torkelson and her family.  Marie was preceded in death by her parents and husband.