Visitation: Visitation will be Monday from 2-8 p.m., family present from 6-8 p.m., at Anderson Funeral Home in Canton.

Service: Funeral services will begin at 3 p.m. Tuesday, February 9 at Bethany Reformed Church in Canton, SD. Private family burial will take place prior to the service. 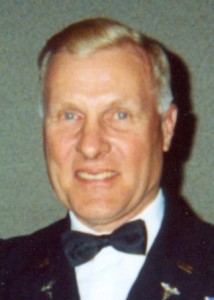 Canton, SD- Larry Niebuhr, age 67, died Wednesday, February 3, 2016 at Sanford Canton-Inwood Medical Center. Funeral services will begin at 3 p.m. Tuesday, February 9 at Bethany Reformed Church in Canton, SD. Private family burial will take place prior to the service. Visitation will be Monday from 2-8 p.m., family present from 6-8 p.m., at Anderson Funeral Home in Canton.
Larry was born July 20, 1948 at Primghar, Iowa to Wesley and LaVerne (Meyer) Niebuhr. He graduated from Paullina (Iowa) High School in 1967. Larry served in the US Army from 1968 to 1973. He was a helicopter pilot in Vietnam for a year.
Larry married Elaine Simunek August 15, 1970 at Bethany Lutheran Church in Fairview, SD. They moved from Clarksville, TN to Canton in 1974, when Larry started a custom hay stacking business. He joined the Nebraska Army National Guard Medivac in 1981. He was employed by Omniflight and was instrumental in setting up Careflight program at Avera Hospital. His guard unit was deployed to Saudi Arabia during Desert Storm. In 1994 he left the Nebraska Guard and was designated to inactive Ready Reserve. He then worked for Eastern Farmers and Nordlie Organ Builders. In 2002 he joined the South Dakota Army Reserves and was activated during Iraqi Freedom training troops to go overseas in 2003. He retired in 2005 after 20 years of service. He then drove semi for Paul Evanson and retired in 2011. After retirement, he enjoyed helping friends with their harvesting of crops.
Larry was an active member of Redeemer Free Lutheran Church, Canton VFW, Hudson American Legion, and the Sky Hawks Flying Club. He enjoyed getting to know people, tending to his farm ground, hunting with his brother and son, working on his home, and camping and spending time with friends. He especially enjoyed spending time with his granddaughter, Zoe.
Larry is survived by his wife of 45 years, Elaine; his son, Corey; granddaughter, Zoe; mother, LaVerne Niebuhr; sister, Linda (Dan) Mickalowski; brother-in-law, Rich (Jan) Fonder; sister-in-law, Lea Niebuhr, along with numerous nieces, nephews, and friends. He was preceded in death by his father, Wesley, brother, David, and sister, Diane Fonder.
Memorials will be directed to Corey Briest of Yankton, a Veteran wounded while serving in Iraq.
www.andersonandsonsfh.com