Service: A memorial service will be held at a later date. 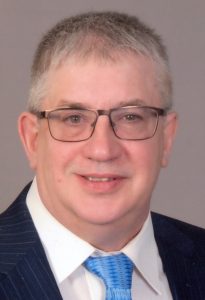 Kent Alan Carlon, age 57, of Canton, South Dakota passed away on Monday, November 2, 2020.  A memorial service will be held at a later date.

Kent Allen Carlon was born October 24, 1963 in Armour, South Dakota to Frank and Doris Carlon. He was a brother to Richard of Jacksonville, Florida and Ron of Canton, South Dakota. He maintained a close relationship with the two throughout his life. He graduated from Armour High School in 1982, and went on to further his education at Mitchell Area Votech. He studied air conditioning, heating, and refrigeration there. After graduating, he moved to Amarillo, Texas to work in this field. When he returned to South Dakota he worked as an electrician around the state. He later worked at Adam’s Thermal in Canton, South Dakota, where he just received an award celebrating 25 years of dedication to the company.

Kent was an avid hunter and fisherman. He enjoyed gathering with his friends during the opening weekend of pheasant hunting season each year. As a member of the Canton Lutheran Church he maintained a very active evolvement in the church and often volunteered and ushered at the church. In November 2017 he suffered a brain aneurism. Through his strong Christian faith, he made a near full recovery. He enjoyed making many memories in the three years that he had gained. He made a trip to Las Vegas, Nevada with his brothers, Richard and Ron, and sister-in-law’s, Tina and Nancy. His life was enriched by spending time with his brothers and their families. Kent is survived by his two brothers: Richard (Tina), Ron (Nancy), and six nieces and nephews: Chris, Carrie, Stephen, Jennifer, Kaitlyn, and Morgan, as well as 4 great nieces and nephews: Andrson, Kate, Jack, and June. He is also survived by his dog, Jake. He is preceded in death by his parents, Frank and Doris, and his dog Champsky.  www.andersonandsonsfh.com