Service: Memorial services will be held at a later date. 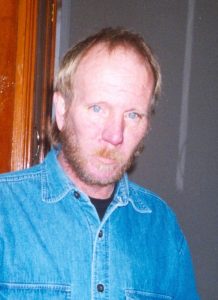 Keith was born on August 24, 1960 in Sioux Falls, SD to Dale and Elaine (Baumiller) Gilbertson.  He grew up in the Canton/Harrisburg area, graduating from Canton High School in 1979.  He worked in construction and as a mechanic.  In his spare time, he enjoyed fishing, hunting, camping, and being outdoors.  He also cherished time spent with his family.