Visitation: Visitation will be Sunday from 4-8 p.m., family present 6-8 p.m., at Anderson-Jones-Corcoran Funeral Chapel in Harrisburg. 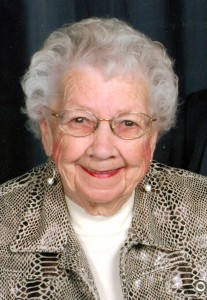 Joyce was born on September 21, 1929 in Fairview, SD to Carl and Lena (Anderson) Linder.  She grew up on a farm outside of Hudson and attended Hudson West Branch School.  At the age of fourteen she moved with her family to Canton and attended Canton Schools.  She worked for her Aunt Peg and Uncle Elmer Torkelson at their grocery store in Hudson, SD.

She married Richard Slack on November 21, 1954 in the original Harrisburg United Methodist Church.  Joyce looked forward to celebrating 60 years of marriage this fall.  The couple lived and farmed near Harrisburg until their retirement.  Joyce enjoyed refinishing furniture, collecting dolls, antiques, going to auctions and sales, and spending time with her grandchildren, dear friends and sister.

She was preceded in death by her parents; sisters, Barbara Schmid, Beverly Sweeney, and Audrey Deno; and brothers, Carl Linder, Jr. and Robert Linder.