Visitation: Visitation will be Thursday from 5-7 p.m., family present from 6-7 p.m., at Anderson Funeral Home in Canton, SD. 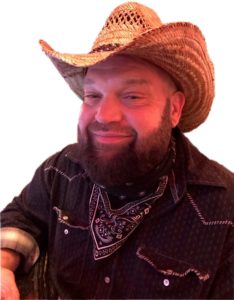 Jon was born in Broken Bow, Nebraska, on April 3, 1974, to Kent Michael (Mike) Smith and JoEllen Fisher Smith.  His early years were lived in Ansley, Nebraska, where he enjoyed learning how to swim, fish and play in the dirt.  He loved the rare occasions when he could go to work with his dad, and once astonished his school teacher by telling her his favorite color was black “…because that’s the color of asphalt!”

At an early age he moved with his family to Canton, South Dakota.  He wasn’t particularly academically inclined, but took great interest in history, current events, and any kind of work with his hands.  He had an inquisitive mind and a genius talent with tools.  There were very few broken things that he couldn’t fix…and nothing that he wouldn’t at least try to fix.  His talented hands created many beautiful objects from wood and metal including an oak tambour bread box for his mom and a highly polished stainless steel belt buckle.  Once he even cut up an old leather boot and fashioned it into a wallet that served him well for many years.

On February 10, 2001, Jon married Jamie Lynn Jacobs, creating their own family in Canton.  They are members of Canton Lutheran Church.  Jon was a welder, a member of Local 300 Pipefitters Union for 17 years.  When he wasn’t working, Jon enjoyed attending his children’s sporting and school events.  But he was especially happy spending time in the garage working on vehicles and teaching his boys about the mechanics involved in internal combustion engines.  He loved hard rock music played really loud.  He loved watching old westerns on TV.  He grieved at the demise of his beloved dog of 18 years, Gunner.  And he was cheered by the newest addition to the family, a chocolate lab named Ladybird.  He was preceded in death by his infant brother, Sean Lee Smith, and his father.  Those left to cherish Jon’s memory are his wife and children:  Payton Michael and his companion, Makenna Gylfe of Beresford, Lincoln Dale, BriAnna Lynn, and Devyn Ashley; his mother, JoEllen Smith Oppliger and her husband, Ron, of Ocala, Florida; 2 sisters, Christa Michelle Smith of Jacksonville, Florida, and Amanda Grace Smith of New Port Richey, Florida; 6 aunts, 2 uncles and numerous cousins, nieces and nephews, and a multitude of friends and co-workers.