Visitation: Visitation will be Monday from 2-8 p.m., with the family present from 6-8 p.m., at Anderson Funeral Home in Canton. 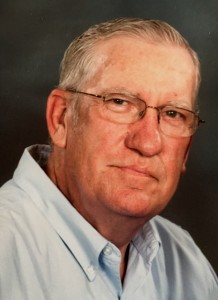 John Temple, age 73, died Saturday, December 17, 2016 at Sanford Canton-Inwood Hospital.  Funeral services will begin at 10:30 a.m. Tuesday, December 20 at Canton Lutheran Church.  Visitation will be Monday from 2-8 p.m., with the family present from 6-8 p.m., at Anderson Funeral Home in Canton.

John was born on August 29, 1943 in Viborg, SD to John and Dora (Osterloo) Temple.  John began his education by riding his horse to Middleton Country School near Davis.  He graduated from Hurley High School in 1961 and began working for Egger Steel in Sioux Falls.  He married Shirley Loger on October 16, 1965 at Zion Lutheran Church in Sioux Falls.  The couple lived in Minneapolis for 6 years before moving to Canton in 1971.

Through the years, John worked for Soderstroms, Dakota Fertilizer, helped Leonard and Greg Abbott farm, and spent 25 years at BidWell in Canton.  John loved fishing, hunting, and camping in Gettysburg at their cabin.  He also enjoyed running Grandpa Mart, providing fishing gear for his grandchildren.  Most of all, he loved spending time with his grandchildren.   John also enjoyed making friends and his family would like to thank all those who helped create lasting memories in John’s life.