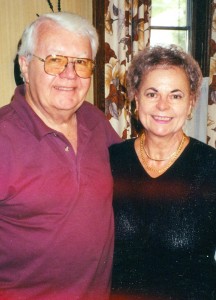 A memorial service for John and Darlene Lee will be held at 9:30 a.m. Friday, July 17th, 2015 at Anderson Funeral Home in Canton.  Burial will follow at Forest Hill Cemetery near Canton.

John and Darlene were married in June of 1951 at Canton Lutheran Church.  John was employed by Hughes Aircraft for many years.  He and his family lived in Wichita, KS and Huntsville, AL before moving to the Seattle, WA area.  They were living in Kent, WA at the time of their death.