Visitation: Visitation will be Tuesday from 2-8, with family present from 6-8 p.m., at Heritage Funeral Home in Sioux Falls. A rosary/wake service will be held at 7 p.m. 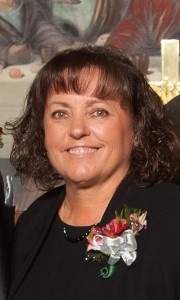 Joan was born January 6, 1950 in Sioux Falls, SD.  Growing up on the “north end” of Sioux Falls, she attended both St Joseph’s Cathedral grade school and middle school.  She later graduated from O’Gorman High School in 1968 and then attended South Dakota State University for one year before deciding to move to California.   In 1971, she returned to Sioux Falls to get married and start her family.

Joan was united in marriage to Daniel Thill August 27, 1971 at St. Joseph’s Cathedral in Sioux Falls.  They made their home in Sioux Falls, until they moved to Canton in 1974.  Once Joan’s children were old enough to attend school, she decided to begin work at the elementary school in Canton.  She worked as a kindergarten aide for 28 years and enjoyed every moment until retirement in 2013.

Joan was preceded in death by her husband, Daniel; step-father, “Bud” Granum; her grandparents and numerous other relatives.

Memorials can be directed to the Avera McKennan Foundation or the Dougherty Hospice House in Sioux Falls.