Service: A private family service will be held at a later date. 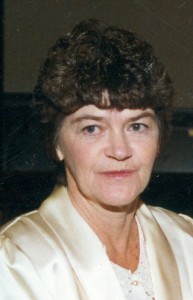 Joan Marie (Skinner) Rauscher, 67, died May 15, 2014 at her home in rural Canton.  A private family service will be held at a later date.

Joan was born August 23, 1946 at Alcester, SD to Russell and Mildred (Loger) Skinner.  She married Richard Rauscher October 10, 1964 in Sioux Falls.  They made their home on an acreage near Canton.  Joan was employed at Adam’s Thermal for 30 years.  She enjoyed fishing, hunting, watching and taking care of her birds, and playing bingo and cards.