Visitation: Visitation will be Tuesday from 2-8 pm, family present 6-8 pm, at Anderson Funeral Home in Canton. 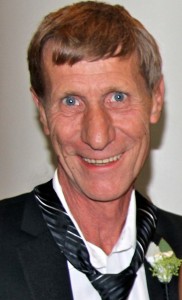 Jim was born July 11, 1953 in Burke, SD.  He was the fourth of eight children born to Lloyd and Marge (Anderson) Harrison.  He graduated from Gregory High School in 1971.  He attended Mitchell VoTech where he received a degree in electronics. Jim married Jackie Mikkelsen June 17, 1978 and was a loving husband and proud father to their children Kellie, Nicole, and Ben.  They lived in Yankton and Rapid City before moving to Canton in 1989.  Jim owned and operated Peterson TV for several years before going to work for Keystone Treatment Center where he made many friends.

Jim was a member of Canton United Methodist Church and a member of the Canton Volunteer Fire Department for 15 years.  Jim was known for his knowledge and love of music and will be remembered for his quick wit and sense of humor.  He always looked forward to his 5 o’clock Friday meetings in the Man Cave.

In lieu of flowers, memorial may be directed to the Harrison/Joslyn Scholarship or the Canton Volunteer Fire Department.