Service: His funeral will be at 10:00 a.m. Wednesday, August 30, 2017 at Anderson Funeral Home in Canton with burial to follow at Hills Of Rest Memorial Park in Sioux Falls, SD. 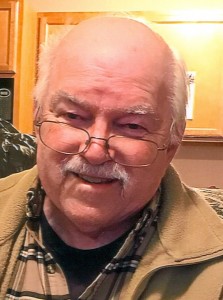 James Henry Smith passed away Saturday, August 26, 2017 at Centerville Care and Rehab.  His funeral will be at 10:00 a.m. Wednesday, August 30, 2017 at Anderson Funeral Home in Canton with burial to follow at Hills Of Rest Memorial Park in Sioux Falls, SD.

Jim was born on Feb. 16, 1935 in Sioux Falls, SD to Leo and Josephine Smith. Part of his childhood was spent at The Presentation Home in Sioux Falls, and eventually he moved to Boys Town in Omaha, Nebraska. Prior to his senior year, Jim enlisted in the Air Force. Upon completion of his first enlistment, he returned to Sioux Falls to attain his high school diploma. Jim eventually returned to the Air Force and was honorably discharged after 20 years with the rank of Staff Sargent. He was stationed in Vietnam, Thailand, Canada and multiple locations in the U.S. After retiring in 1977 in Alpena, Michigan, he married Marie (Jean) Hosking. After Jean passed away in 1984, Jim decided to return to Sioux Falls to be closer to family. He then became a custodian for the Sioux Falls school district. After his second retirement, he enjoyed the game of golf, on the course and in front of his TV. In fact, one of Jim’s favorite activities was watching almost any sport on TV. His other passion was obtaining and driving fast cars. To name a few, he had 2 GTO’s, a Mach I, a supercharged Thunderbird, a Cutlass 442, and a BMW.

Considering the fact that Jim started life in near poverty, he truly was a success story. He worked hard, and saved his money so that he could have a home and enjoy the fruits of his labor. And we had a lot of fun along the way! Rest in Peace Jim. You will be missed.  Jim is survived by his sister Adeline (Curt) Anderson, Sioux Falls, brother, Arnold Smith, Sioux Falls, SD, and nephews and their families.