Service: Funeral services will be at 1:00 p.m. Saturday, Sept. 28, at Heritage Funeral Home. 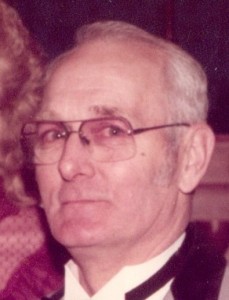 Herman was born in Lincoln County on April 13, 1926 to Alfred J. and Christine (Goeman) Smidt, of rural Lennox, SD.  At 16, he took a 3 day train to Vancouver, WA and worked in a plywood factory.  When he had saved $1000, he sent the money home so his dad could purchase his first tractor.  He farmed with his father until 1950, when he was drafted into the US Army during the Korean Conflict. He was in an artillery division and served as mechanic  in Korea.  Following his honorable discharge as Sergeant First Class in 1952, he returned to Worthing.

Herman married Barbara Hackman at Canton Lutheran Church September 11, 1955. He farmed near Worthing and worked at the Canton Municipal Liquor Store for 3 years.  He then began a 30 year career at John Morrells.  Following his retirement, he worked at Augustana College for 16 years.  Herman and Barbara moved from Canton to Sioux Falls in 1974.

Herman is survived by his wife of 58 years, Barbara; three children- David Smidt and his fiancé, Darcel, Dwight Smidt and his special friend, Patricia, and Lisa Smidt and her special friend, Bill, all of Sioux Falls; two grandchildren, Joshua Smidt and Ashley Smidt; and two sisters, Gladys Johnson and Joyce Molstad, both of Sioux Falls.  He was preceded in death by his infant son, Clayton, his parents, brother, John, an infant sister, and his in-laws, Rudy and Emma Hackman.  www.heritagesfsd.com