Visitation: Visitation, with family present, will be Friday from 5 -7 p.m. at Anderson Funeral Home. 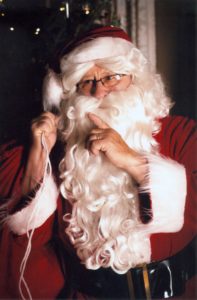 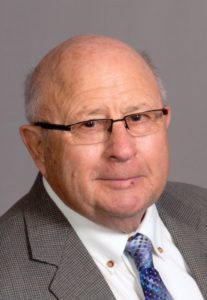 Harlan Hoff, 82,  passed away on Tuesday, February 23, 2021, at Prince of Peace in Sioux Falls, SD.  Harlan Gale Hoff was born August 25, 1938 to Erwin and Rebecca (Winckler) Hoff in Tripp, SD.  Harlan graduated from Tripp High School in 1956 and attended the University of South Dakota where he earned his Bachelor of Science in Education in 1960 and his Master’s in Natural Sciences with a focus on Chemistry in 1969. He married Maedora Krueger on August 20, 1960.  The couple moved to Dell Rapids, SD then to Canton, SD where they lived for the next 50 years and raised their three children.

Harlan touched many lives over the years beginning as a high school teacher in Dell Rapids  and Canton.  He made the transition to the construction business working as a foreman for Sweetman Construction in Sioux Falls. This paved the way for a service career with Bid-Well/Terex in Canton where he had the opportunity to use his teaching skills and travel the world.  Even in retirement, Harlan stayed active driving a school bus and then working at Karl’s TV and Appliance.

Harlan stayed involved in the school system by serving as a member of the Canton School Board for 16 years and served the community as an EMT on the Canton-Inwood Volunteer Ambulance Rescue Squad.  As a member of Canton Lutheran Church, Harlan was a faithful servant and enjoyed singing in the choir.  Wearing many hats over the years, one of his favorites was his Santa hat.  He brought joy to many families and kids by becoming Santa in a suit made by his mother.

Harlan’s most important roles were as a husband, father and grandfather.  He demonstrated true love and commitment to his wife Maedora of over 55 years.  Harlan could be heard at sporting events cheering loudly and using his famous whistle.  His support was second to none and his love was unconditionally given.

Funeral services will begin at 10:30 a.m. Saturday, February, 27 at Canton Lutheran Church.  Visitation, with family present, will be Friday from 5 -7 p.m. at Anderson Funeral Home.  In lieu of flowers, memorials may be directed to the charity of your choice.