Visitation: Visitation, with family present, will be Sunday from 5-7 p.m. at Anderson Funeral Home in Canton. 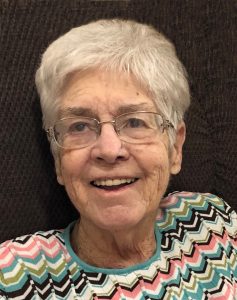 She married Wally Feller on April 20, 1991, a marriage which lasted 13 years until Wally’s death.  In addition to being a dedicated mother, she cleaned several businesses in Canton before joining the RSVP program in Canton, where she ended her career as the director.  Her name fit her well.  She had an easy smile and a generous heart for everyone.  She was truly an “Amazing Grace”.  She loved dancing and traveling to Texas in the winter with Wally.  She also loved her children and grandchildren and visiting with friends and family.

A testament to the love she shared is that five of her granddaughters/great-granddaughters carry on her beautiful name “Grace”.

Funeral services will begin at 10:30 a.m. Monday, June 17 at Canton United Methodist Church.  Visitation, with family present will be Sunday from 5-7 p.m. at Anderson Funeral Home in Canton.