Visitation: Visitation will be Sunday from 3 to 7:00 p.m. at Anderson Funeral Home in Canton, with family present from 5 to7:00 p.m. 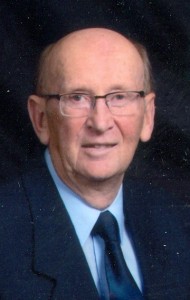 Gordon Leroy Grimsrud, 78, passed away on Wednesday, July 12, 2017 at his home surrounded by his loving family. Funeral services will be at 10:30 a.m. Monday, July 17, at Lands Lutheran Church rural Hudson, SD.  Visitation will be Sunday from 3 to 7:00 p.m. at Anderson Funeral Home in Canton, with family present from 5 to 7:00 p.m.  Memorials may be directed to Lands Lutheran Church or charity of choice.

Gordon was born March 6, 1939 on his family’s farm near Veblen, SD. He was the son of Arthur and Emma (Jacobson) Grimsrud. He graduated from Veblen High School in 1957 and received his BA degree in Ag Ed from SDSU in 1961. He received his Master degree in Science and Counseling from USD in 1971.

Following his college graduation he taught country school for one semester in the fall of 1961. He married Ella Mae Stortvedt on June 17, 1962. They moved to Plattsmouth, NE where Gordon served 2 years at the US Army missile site affiliated with the Offutt Air Force base until 1964. During this time their son, Douglas, was born. Gordon taught Ag Ed 2nd semester in Dakota, Illinois from January to May 1964.

The couple longed for their South Dakota roots and moved to Bryant, SD where Gordon taught high school Ag Ed, Physical Science, and Biology, coached basketball and track and was co-football coach from 1964 until 1967. His boys basketball team (Bryant Scotties) attended the State B Tournament where they achieved a 4th place finish in 1966. Daughter, Kim, was born during their stay in Bryant, SD. In 1967 he began his 32 year teaching career in Canton, SD where he taught Science and coached boys basketball and track in the junior high. During that time he also enjoyed the job of being the high school basketball time keeper as well as videotaping for the varsity football team. For 27 years his summer’s were spent painting many Canton and rural homes with several of his fellow teachers.

He loved teaching, sports, hunting, fishing and later a hobby of wood carving. After his retirement in 1998 his grandchildren became the special interest and filled much of his time attending their activities. He estimated that he had taught over 3,000 students during his teaching career and   having been a part of their lives was a satisfying journey for him. He expressed being blessed to have had the privilege to serve his life as a teacher, husband, father and grandfather.

Gordon’s faith in Jesus Christ was a central part of his life. For many years he was an active member at Canton Lutheran Church where he served on many committees and boards.   He later became a member at Lands Lutheran Church. He sang with the Grieg Male Chorus during his retirement.

Preceding him in death are his parents, infant twin sisters, Bonita and Nyla Grimsrud and brother Richard Grimsrud.