Visitation: Visitation, with family present, will be Monday from 5-7 p.m. at Anderson Funeral Home in Canton, SD. 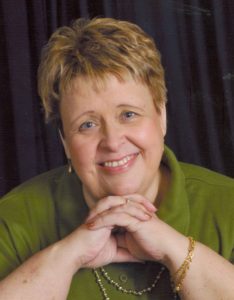 Glenda Eileen Sorum, age 63, passed away Friday, May 13th, 2022 at Bethany Home in Sioux Falls, SD.  Funeral services will begin at 2:00 p.m. Tuesday, May 17th at Trinity Lutheran Church, rural Hudson, SD.  Visitation, with family present, will be Monday from 5-7 p.m. at Anderson Funeral Home in Canton, SD.  In Lieu of Flowers, memorials may be directed to the Trinity Tower Repair Fund.

She attended grade school at Fairview Center District #83 and graduated from Canton High School in 1977. She went on to receive her Bachelor’s Degree in 1981 and her Master’s Degree in 1982 from the University of South Dakota in Business Administration. After graduation, she moved to Sioux Falls and worked several years at Citibank and then worked for an employment agency. She later purchased the agency and operated the franchise of Snelling Personnel Services. Throughout her career she received numerous service awards from the corporate office. In her retirement years, she has enjoyed her nieces and nephews and an occasional visit from a family pet. She had been convalescing at Bethany Home since January of this year.

Glenda has been a life-long member of Trinity Lutheran Church and hasn’t always been able to attend but has always been eager to support the church’s youth and women activities and projects.

“Thanks be to God for His indescribable gift!” (2 Corinthians 9:15)