Visitation: One hour prior to the service 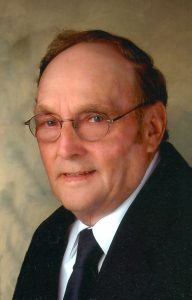 Garrit Walter Tilstra went to his heavenly home on Thursday, October 29, 2020 at the age of 91. Funeral services for Garrit will be held on Saturday, November 7, 2020 at 2:00 p.m. at Bethany Reformed Church, Canton, South Dakota.  Visitation will be held one hour prior to the service.

Garrit Walter Tilstra was born on April 30, 1929 to Walter and Alice (Ter Wee) Tilstra in Inwood, Iowa.  He attended country school through the eighth grade and then worked on the family farm.  Garrit married Henrietta Vander Syde on January 4, 1952 in Inwood, Iowa.  The couple continued to farm in the area and were blessed with two daughters, Cheryl and Lorraine.  They moved to their current farm near Canton, South Dakota.  He enjoyed farming the crops, raising livestock, and attending the activities of his children and grandchildren.  Every year he looked forward to celebrating his birthday with his wife Henrietta, who was born on the same day of the year.  Garrit was honored to have his great-grandson named after him, Lincoln Garrit Martin. He was a devoted husband, father, and grandfather. He was a devoted husband, father, and grandfather.

Garrit was an active member of Bethany Reformed Church where he served through the years as decan and elder.