Visitation: Visitation will be Tuesday from 2-8 p.m., family present from 6-8 p.m., at Anderson Funeral Home in Canton, SD.

Service: Funeral services will begin at 11:00 a.m. Wednesday, May 16 at Canton Lutheran Church. 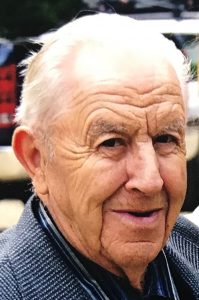 In lieu of flowers, memorial may be directed to Juvenile Diabetes.