Visitation: Visitation will be Tuesday from 2-7 p.m., family present from 5-7 p.m. at Anderson Funeral Home in Canton, SD. 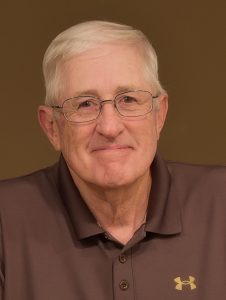 Elmer was born on July 2, 1940 in Sioux Falls, SD to Elmer Sr. and Colette (Brennan) Miller. He attended and graduated from Brandon High School, Brandon, SD. After high school he joined the Air Guard. On February 26, 1960, he married Diane R. Nordstrom. They raised three daughters Lisa, Rochelle and Andrea. The early years of married life Elmer and Diane lived in Sioux Falls where he was employed by Sunshine Foods. After a few years they moved to Granite, IA where he farmed with his dad.

In 1967, the family moved to the Worthing/Canton area where he continued to farm and raise livestock. After years of farming and also working at Miller Loaders, a family owned business, he sold the farm. For the next 16 years he worked for the South Dakota State Penitentiary in Sioux Falls, SD. Starting out as a Correctional Officer and retiring as a Unit Manager. After retirement Elmer went to work for Gary’s Gun Shop, also in Sioux Falls, where he enjoyed another 16 years of selling and sharing his knowledge of guns and ammunition.

He enjoyed many hobbies throughout his lifetime. Elmer loved his quarter horses, especially Dolly and Joker. He spent many hours training, showing and judging local horse shows. He and Diane also enjoyed snowmobiling, riding motorcycle and driving their corvette with friends in the Sioux Falls Corvette Club. He grew up hunting and later in life took up competitive shooting traveling to various shooting events throughout the United States.

A special thank you to the nursing staff of Sanford Hospital, Sioux Falls, SD and Sanford Canton Inwood Hospital, Canton, SD for their loving care and support during his final days.

Burial will be held at 10:30 a.m. Wednesday, December 11 at Split Rock Lutheran Cemetery, rural Brandon, SD with a memorial service to follow at 1:30 p.m. at Grand Valley Lutheran Church, rural Canton, SD. Visitation will be Tuesday, December 10, from 2-7 p.m. with the family present from 5-7 p.m. at Anderson Funeral Home, Canton, SD. Memorials may be directed to the Sioux Falls Humane Society.

Elmer will be missed by his family and friends for his quick wit and sense of humor.